Tamil Nadu, located in south India near the Bay of Bengal, is one of India's most well-known tourist attractions due to its natural beauty, unique culture, and religious significance. 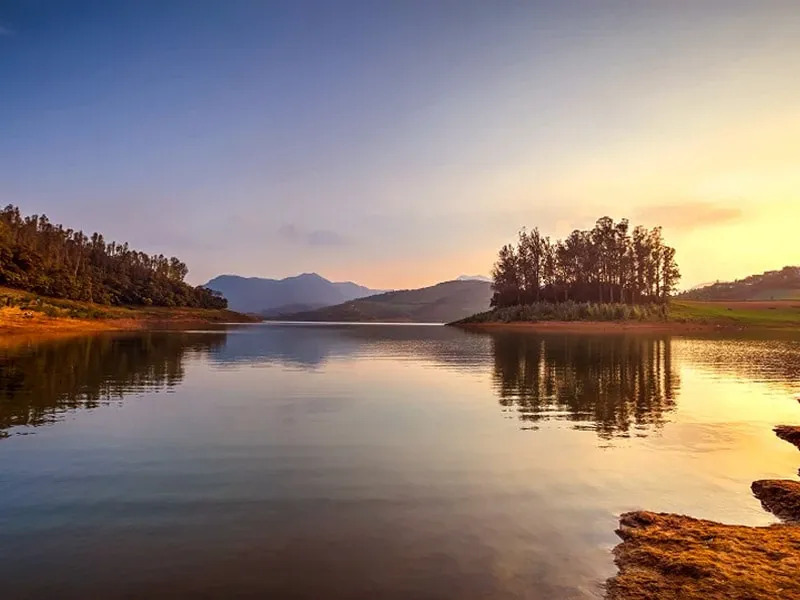 Tamil Nadu, located in south India near the Bay of Bengal, is one of India’s most well-known tourist attractions due to its natural beauty, unique culture, and religious significance. The state is home to a myriad of pilgrim-drawing religious monuments, historical attractions, extensive plantations, mesmerizing hill stations, diversified fauna, delectable cuisine, and a plethora of festivals. A Tamil Nadu tour package will give you a wholesome experience of the state.

A trip to Tamil Nadu’s capital, Chennai, the ‘Detroit of India,’ is unavoidable. Marina Beach, Fort St. George, and Ashtalakshmi Temple are some of the city’s most well-known attractions. The magnificent hill station of ooty, the “queen of the nilgiris,” is known for the ooty lake, botanical gardens, several trekking paths, and other attractions. The Kodaikanal Lake, the flowing Thalaiyar Falls, and the Kukkal Caves are all popular attractions in this beautiful hill resort.

Mahabalipuram is a great place to visit if you want to see Tamil Nadu’s religious splendor; it’s home to the Shore Temple, Five Rathas, Krishna Cave Temple, and Ganesh Ratha Temple. With its enormous Adiyogi Shiva monument, Vydehi Falls, Nilgiri Biosphere Nature Park, and Velliangiri Hill Temple, Coimbatore is a must-see city. Tourists can choose from a variety of local handicrafts, including Tanjore paintings, gorgeous silk sarees, brass and bronze work, Mysore Pak, and so on.

In addition, Tamil Nadu is home to Kanyakumari, India’s southernmost tip, which is noted for its gushing Thirparappu Falls, Kanyakumari Beach, Vattakottai Fort, and Chitharal Jain temples. Uttapam, dosa, rasam, paruppu payasam, and Pongal are some of the mouth watering delicacies that make Tamil Nadu food a beloved among many. Tourists will definitely love visiting some of the country’s most anticipated festivals, such as Pongal, Thaipusam, and Mahamaham, which offer a unique opportunity to learn about local customs and sample delicious food. Tamil Nadu is easily accessible by vehicle, train, bus, or plane.

Lock Your Trip (LYT) has various Tamil Nadu tour packages that will give you the best experience of the state.

Cities To Visit On Your Tamil Nadu Tour Package

Rameshwaram is a picturesque island in the state of Tamil Nadu in South India that the itinerary of your Tamil Nadu tour package must include. A little Pamban channel separates it from Sri Lanka. This is where, according to Hindu mythology, Lord Rama built a bridge across the sea to Sri Lanka.

Rameshwaram is home to the world’s first sea bridge, which connects Mandapam with Pamban Island and Rameswaram. Dhanushkodi, an abandoned village on Pamban Island, was once a vibrant town until it was destroyed by a typhoon in 1964.

The Ramanathaswamy Temple is known for its spectacular prakaras with large sculptured pillars on either side, as well as the world’s longest corridor. Pilgrims conduct poojas in honor of their forefathers at the coastline of Agniteertham, which is known for its hallowed waters. The five-faced Hanuman Temple houses the floating stone that was used to construct the India-Sri Lanka bridge.

Auroville, in Tamil Nadu, is about 15 kilometers from the city of Pondicherry and was created in 1968 by Mirra Alfassa, a follower of Aurobindo and affectionately regarded as the “Mother” of the Sri Aurobindo Society. This location exemplifies tranquilly and serves as an ideal retreat for anyone seeking serenity. The best way to get a feel for Auroville ashram is to sit in one of the cafés and talk to some of the residents about their experiences living here.

Auroville, dubbed the “Universal Town,” is an experimental community where people from all walks of life, from all cultures and traditions, come to live in harmony. People from 124 nations, including Indians from 23 different states, gathered in a marble urn to deposit some of their native soil brought from their homelands. Currently, this township is home to about 2,800 people representing 195 different countries. The Aurovilleans, as they are known, live together according to the Mother’s concept of peace, harmony, sustainable living, and ‘divine consciousness.

Chennai, formerly known as Madras, is the capital city of Tamil Nadu, a state in southern India. Chennai, on the Bay of Bengal’s Coromandel coast, is as lively as it is steeped in tradition. This ‘capital of the south’ is one of India’s four metropolitan siblings, with a rich cultural background that perfectly complements its metropolitan lifestyle.

Chennai is worth visiting for its temples entrenched in south-Indian culture, British-era museums and monuments, gastronomic pleasures, and Marina Beach, despite its mayhem of traffic and hot humid environment (Second largest urban beach in the world). The skyline of Chennai is known for its towering skyscrapers, yet the city’s core retains an old-world beauty that refuses to be eclipsed.

Ooty, also referred to as Udagamandalam, is a hill station in The state of Tamil Nadu is a popular tourism destination. Nilgiri hills surrounded this places. The Queen of the Hills, which was originally the East India Company’s summer headquarters, is a lovely getaway.

With its tea plantations, calm waterfalls, winding country lanes, and stunning colonial architecture, Ooty is the ideal retreat for everyone. Ooty, a famous honeymoon and wedding location, entices guests with breathtaking views of the Nilgiri mountains.

The steepest track in Asia is the Nilgiri mountain railway. Remember Shahrukh Khan and Malaika Arora matching steps on top of a train in the famous song “Chaiyya Chaiyya”? Remember how beautiful the scenery was when the train chugged through lush greenery?

Kodaikanal, in the state of Tamil Nadu, is a popular honeymoon destination in India. Kodaikanal, a lakeside resort town in Tamil Nadu, has a pleasant climate, mist-covered manicured cliffs, and a waterfall, all of which contribute to the ideal setting for a relaxing vacation. The name Kodaikanal derives from the Tamil word kodaikanal, which means “gift of the forests.”

Kodaikanal sits at a height of 7200 feet above sea level, nestled within the Palani Hills’ rolling slopes, and if you visit this hill station, you’ll see that it’s everything you’ve expected it to be. Kodaikanal is a terrific place to get away from the worries of city life, and you may relax and reunite with wildlife by going on biking or hiking paths or strolling through the town’s vast forests.

We have arrived at the end of the list of the beautiful places to visit in the state on your Tamil Nadu tour package.

0 responses on "Beautiful Places To Visit In Tamil Nadu "